I’m in denial – for the fifth time. Yet again, I’m straining to zip five greedy days of research into the constricting skinny jeans of article word limits. I secretly knew it all along; that my thirst for untold facts and intrigue would have me squeezing twenty pages into two; that straightforward would win out over style. Facing the cold steel of the editor’s cutting knife, I push my luck anyway. Because a picture speaks a thousand words, but how many pictures can a thousand words paint?

If you’ve read any of my Broadly VICE articles, you’ll know that writing about history, and making it relatable for the masses, is my passion. I’m beyond grateful to be published on a global platform, but alas, in our restless digital realm, you can’t have relatability without brevity.

That’s why I’m creating this blog series. Uncut Stories will be the home for all the juicy bits that never made the final edit – elaborate narratives, experts’ full quotations and further reading material included. 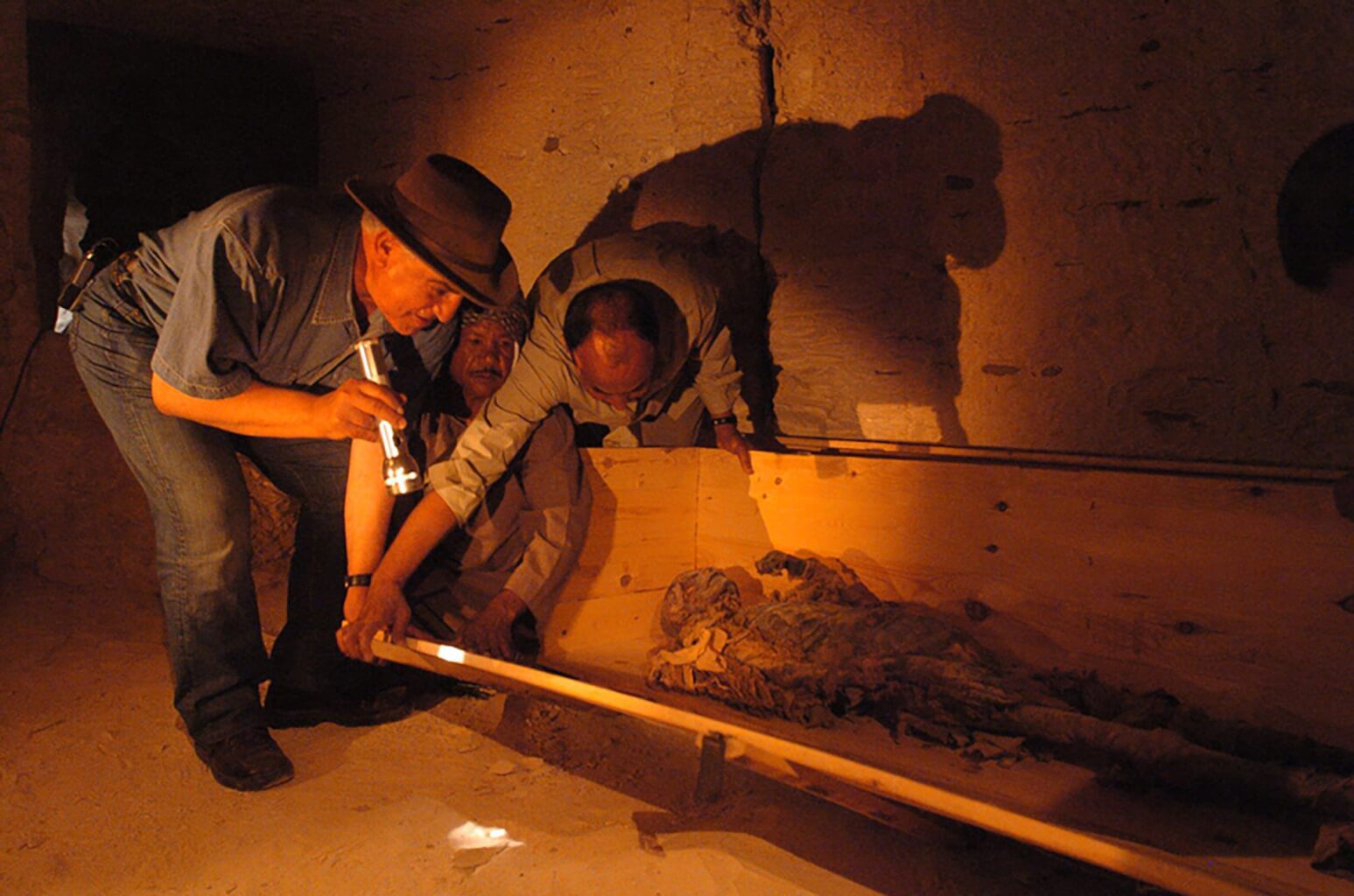 A word limit is like a zoom lens; through it, you may only see a few chosen details of the whole picture. And, in the context of online media, it is sensation that grabs readers. Sensation is the best place to start, in fact. Because if you have the endurance to dig deeper than the flimsy truths of Wikipedia – days deeper – you’ll no doubt find a treasure trove of untold evidence that’ll disprove it.

For my latest article on the female pharaoh Hatshepsut, I couldn’t not lead with the whole cross-dressing thing. The real focus, however, was her evolving historical narrative and her super-cunning intellect. That didn’t leave much space to go into Hatshepsut’s afterlife, by which I mean Egyptian archaeologist Dr. Zahi Hawass’ 2007 discovery of her mummy. Of course, I couldn’t resist getting in touch with him anyway – who knew whether this would add another dimension to her living story?

All Hail Hatshepsut, the Cross-Dressing Queen Turned Powerful Pharaoh
The ancient Egyptian ruler depicted herself in kingly attire as the child of Amun-Ra himself—which almost got her erased from history.

It did; the line we included from Hawass further disproved the theory that Hatshepsut had been murdered by Thutmose III. What it didn’t cover were the fascinating details of Hawass’ great work, which he took the time to write to me by email. Read the full quotation below. 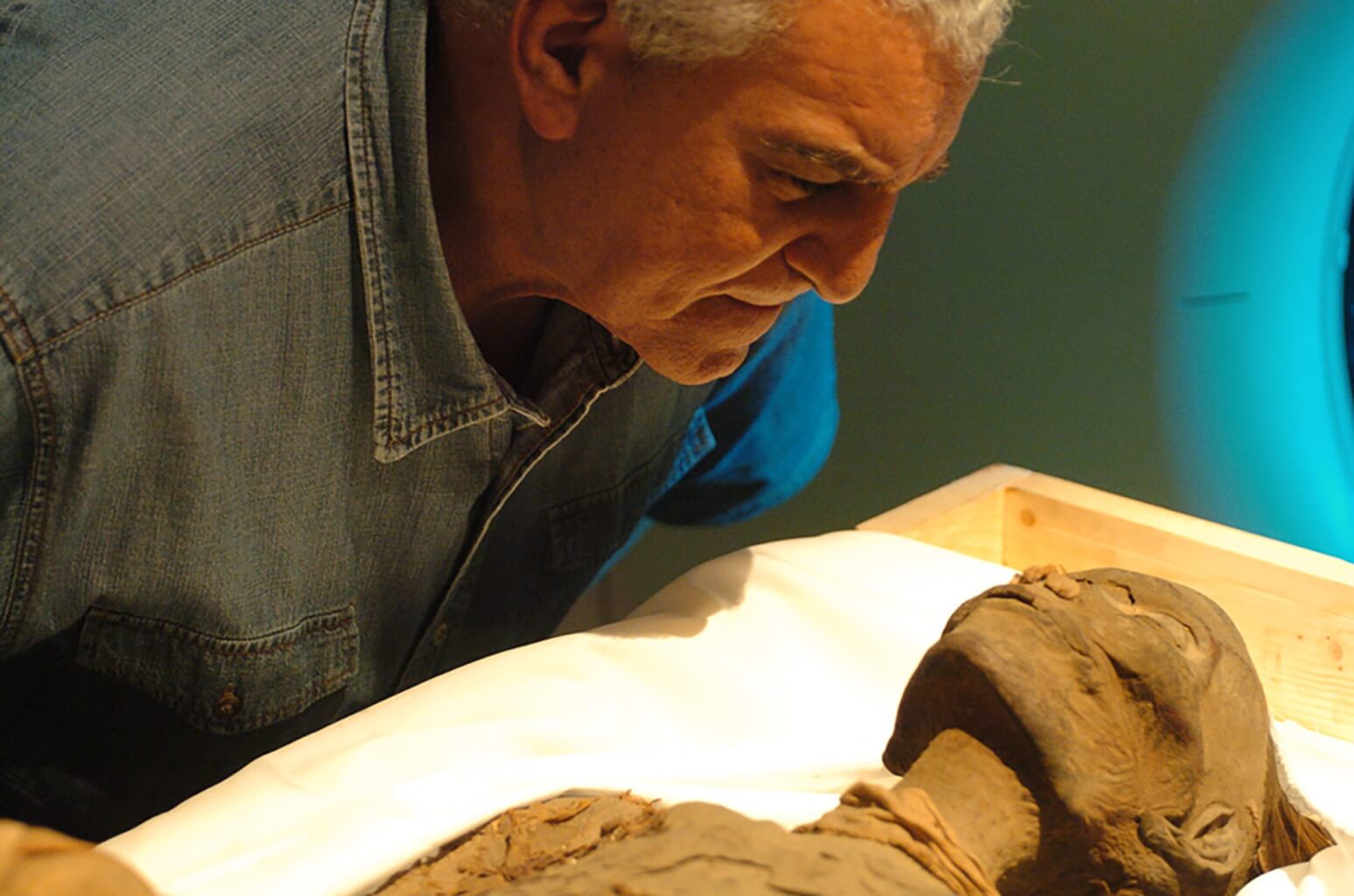 It all started with a small wooden box that was discovered in the Deir el Bahari cache, and it had her name inscribed on it in two cartouches. It had a bundle of wrapped organ that was believed to be either her liver or spleen. When we placed the box under the CT scan machines that were especially purchased for the Egyptian Mummy Project, to see what the bundle actually was, we were able to see the contents of the box. It was the desiccated remains of the liver and a long ribbon-like structure that would have been part of the intestines. Inside the resin coat surrounding the liver was inserted a molar tooth.

Since the box belonged to Hatshepsut based on the inscription, it is most likely that the liver and the molar tooth also belonged to her. We then started to look at our collection of unidentified royal mummies that were found in the mummy cache of Deir el-Bahari – in Amenhotep II’s tomb cache and in KV 60 – to look for a female royal mummy that was missing a molar tooth. Elder Lady from tomb KV 35, the tomb of Amenhotep II, turned out to missing a molar. By inserting the molar tooth we had found into the gap, it turned out to be a perfect fit in terms of proportions, shape and bone density.

Later, DNA and X-ray studies were carried out on the mummy and several important pathological data were concluded. For example, she suffered from a huge abscess in the tooth area and she had some sort of extraction of the molar tooth just before her death. She had tumors that had spread to her bones and were in a very advanced stage, and she also suffered from diabetes and obesity. These were the latest studies and discoveries and you can find them in greater detail in my book Scanning the Pharaohs that was released in 2016.

As for the circumstances involved in [her mummy being moved] from the original tomb KV 20 to KV 60 to be buried with her wet nurse, there are two possibilities. The first is that she was indeed originally buried in her sarcophagus in tomb KV 20 along with her father Thutmose I, whose sarcophagus was then moved to the tomb of his grandson Thutmose III in KV 38. Then, Thutmose III himself found the need to move his grandfather’s mummy to his own tomb, and perhaps at the same time he moved Hatshepsut’s mummy to KV 60 to be with her wet nurse. This move could have been triggered by a threat of tomb robbery or maybe for political reasons.

The other possibility is that the move occurred by the priests of Dynasty 21 who launched a major project to move all royal mummies to the Deir el Bahari cache and to KV 35 (the tomb of Amenhotep II). The fact that the box containing the viscera of Hatshepsut was found in the Deir el-Bahari cache means that perhaps the priests intended for Hatshepsut’s mummy to be reburied there, and after moving her box first, some unknown circumstances interfered and her mummy was re-buried in KV 60 instead.

Thanks for reading! Click here to read my story on first known author and Mesopotamian priestess Enheduanna.